In 1974 a block of land which was originally a dump yard was given to the Missionaries of Charity. The hospice village itself was built by leprosy patients with the assistance of people from the Missionaries of Charity. It is now a place for leprosy patients to have a life, be cured and don’t have to isolate themselves away from society as their disease was contagious and their esteem was lowered due to the deformities. It has been said that there were many children given to the people of Gandhi Prem Nivas as they developed leprosy. Their parents had said that when their child was cured they would take them back but they never returned leaving them to be raised in the hospice village.

This place was originally a place for pilgrims to rest when they were travelling to a temple called Kali. It is now a hospice for the dying where they can be looked after by volunteers and sisters from the Missionaries of Charity. Patients are usually sent to the hospice by ambulance or when a sister sees a dying person out on the street. When patients arrive, they are usually unable to talk due to their condition and are then looked after proving food, water, bathing them. When they are properly nourished, they are able to talk and provide the sisters and volunteers their name and what religion is. They do not ask about what happened to them as their mission is to help them, not to know their history. They keep them company throughout their final days or months providing them happiness and love and when it is their time to come, they give them a proper burial based on their religion. 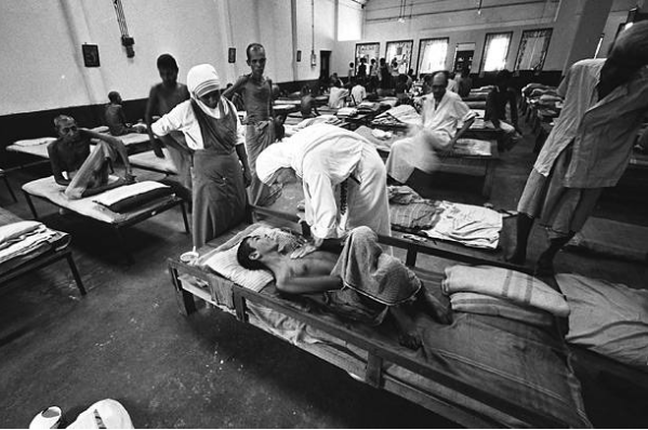